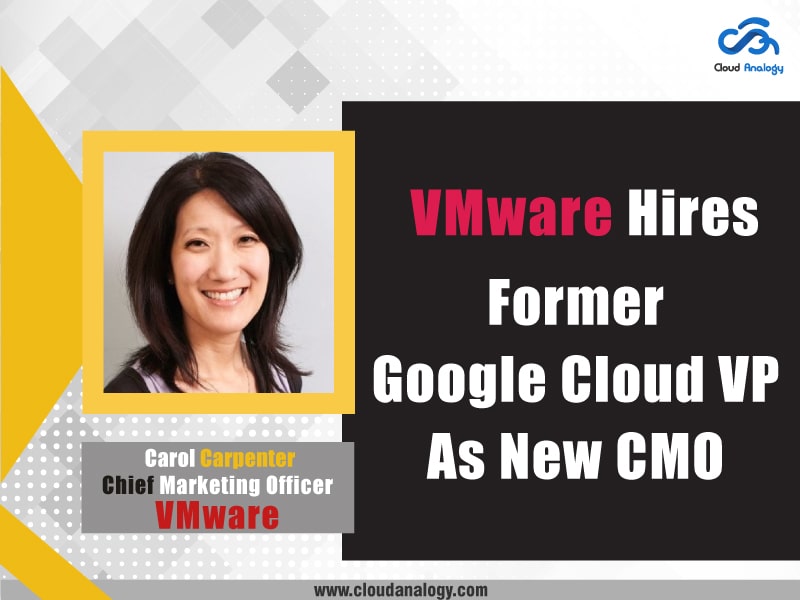 Carol brings more than 25 years of experience to the company. Over the last three years, she led the transformation of Google Cloud from its early stage to a leader in the public cloud by assisting the team, sales, and brand campaign efforts at Google as VP of product marketing.

“I believe that containers are the operating system of the future, and I am excited by what VMware is doing with Kubernetes and Tanzu to help customers accelerate development and run securely at scale,” said Carpenter in a LinkedIn post. “Customers are seeking container-based solutions with all the benefits of cloud-native development and operations.”

Stephen Ayoub, president of AHEAD, a Chicago-based VMware partner, said the hiring of Carol Carpenter shows VMware vision and product roadmap of the future. “The hiring of Carol from Google Cloud reinforces VMware’s commitment to both cloud and modern applications as the main pillars of the company’s digital infrastructure portfolio going forward,” he said.

Carpenter remarked the strategic market position of VMware is “unique.” “In my role at Google Cloud, I spent a lot of time talking to customers, analysts, and influencers. Our customers’ work lives are challenging, and a global pandemic just made them more so. In this multi-cloud world, enterprises are seeing the complexity of management, compliance, security — become more and more unwieldy,” said Carpenter. “With its broad and deep portfolio, VMware offers customers an opportunity to simplify all that complexity. Enterprises need a trusted business partner who will meet them where they are and take them where they want to go.”

Before Google, Carpenter was CEO of ElasticBox that was acquired by CenturyLink. Carpenter held different marketing and leadership roles at companies such as Trend Micro, Keynote Systems, and ClearSide. “Now I’m ready to be part of another iconic company’s next chapter. VMware has a long history of innovation, and they are trusted by the largest enterprises in the world to transform their business,” she said.