Salesforce, the world’s leading CRM company, has announced a long-term marketing partnership with Team GB to deliver marketing campaigns designed to bring fans and Team GB closer together than ever before. As part of NBCUniversal’s bespoke Olympics collaboration, Salesforce also announced that it would activate campaigns across Sky Europe, including Great Britain, for the next seven years.

Salesforce will reach out to millions of people worldwide as part of the marketing collaboration, creating the most engaging fan community in sports for the United Kingdom. In addition, Salesforce will collaborate with Team GB to build data centers and visualizations that will enable fans to connect with the team. Salesforce will also work with Team GB athletes via Trailhead to help them re-skill during and after their athletic careers.

Zahra Bahrololoumi, President and CEO, Salesforce UKI, said, “Our mission at Salesforce is to help customers achieve success from anywhere. We’re incredibly proud to support Team GB by helping them do the same — engaging with their fans around the world.”

British Olympic Association CEO Andy Anson said: “Engaging with Team GB fans through an effective data strategy is at the heart of our plans for the next Olympic cycle. Working with a market leader like Salesforce is incredibly exciting for the BOA. We really couldn’t ask for a better-equipped partner whose expertise in this field will help drive the BOA forward, and we’re excited to get started.” 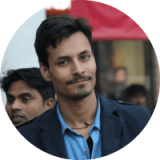 "Suraj Tripathi, a certified Salesforce Principal Consultant of repute, is a wonderful mentor and leader. A certified Salesforce Architect and a 7X Salesforce Certified Platform Application Developer by passion and profession, Suraj has rich experience in languages such as Aura, HTML, Angular, Bootstrap, APEX, and JavaScript. With more than five years of expertise in Salesforce Development, Suraj has worked on more than 50+ projects out of which 20+ projects were related to Salesforce Integration, Writing Triggers, Batch classes, VisualForce pages, and Aura Components. At Cloud Analogy, he is the backbone of a wide range of projects from all perspectives - technology, architecture, project management, customer stakeholder management, etc. His energy on the floor is difficult to match and his passion to accept nothing but excellence makes him a leader around whom a team can always rally."
Facebook Twitter Linkedin
Tags: Salesforce, Salesforce Collaboration with Team GB, Salesforce Partnership, Salesforce Partnership with Team GB