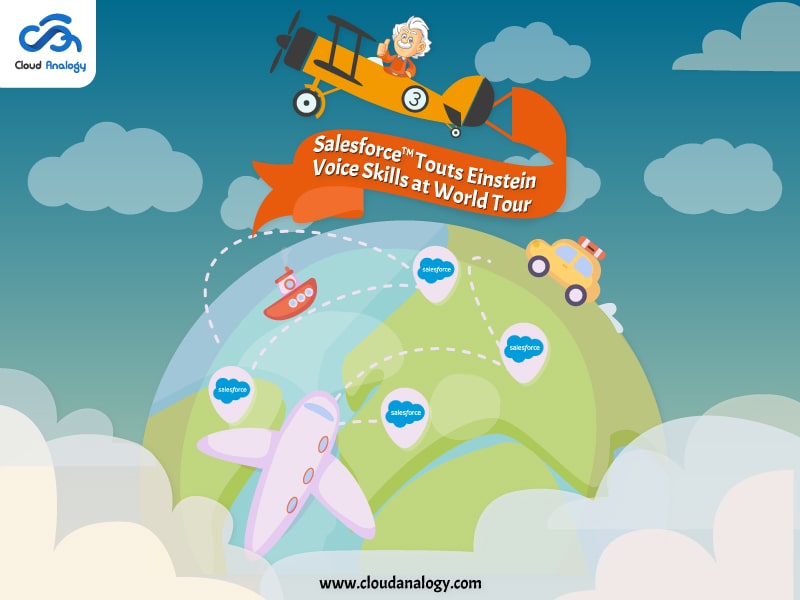 During a keynote presentation at Salesforce World Tour Stop in New York, Salesforce highlighted its new Einstein Voice Skills capabilities and various other components of the Salesforce Customer 360, a customer identity management platform.

Salesforce spotlighted Einstein Voice Skills capabilities to the attendees of the Salesforce World Tour by demonstrating how administrators and developers can create voice-powered apps without writing a single line of code. A Voice Skills beta program will be launched in spring 2020, the company said.

Parker Harris, Salesforce’s chief technology officer and co-founder, said “the Salesforce Einstein artificial intelligence platform is “moving forward and also getting smarter with every click,” and one way it’s doing that is with the “power of voice”.

Salesforce pointed out the barriers, including the fact that companies are still dealing with outdated infrastructure, systems, and software and fragile interactions between systems as information is present in all these silos. In addition, data is no longer accurate for a long time and companies are too often getting affected by all these new compliance laws and regulations.

Besides, companies also deal with the challenge of employees that don’t possess all of the right skills that they need. Harris said that Salesforce Customer 360 can help companies overcome all of these challenges.

Meanwhile, Salesforce announces its plans to increase the number of employees at its Salesforce Tower New York City building, which opened in 2018. It has previously committed to creating 1 million jobs for the American workers. Furthermore, it also announced in October that it plans to create 4.2 million new jobs and $1.2 trillion in new business revenue globally between 2019 and 2024.

Ebony Beckwith, Salesforce’s Chief Philanthropy Officer and Executive Vice President, revealed at the World Tour that company is making two new investments while the company strengthens its presence in New York – one to the New York City Department of Education (DOE) and the other to the Futures and Options, a youth workforce development nonprofit program.

In New York City, Salesforce is donating $500,000 to the Department of Education. It also expanded existing partnerships with public school districts in Chicago, Indianapolis, and the Bay Area, where its head office is located. Salesforce is also providing a $250,000 grant to Futures and Options that provides high school students with early career exposure and paid work experiences to help young people succeed and thrive in a diverse and global world. 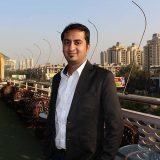 "Sachin, a renowned Scrum Master and Principal Solutions Architect at Cloud Analogy, has rich experience when it comes to working on process improvement in a fast-paced environment maintaining high level of quality in all deliverables. Well known in the industry circles for his systematic approach to work and humbleness, Sachin has the ability to oversee, manage multiple projects simultaneously besides documenting and analyzing client requirement and defining a clear scope with appropriate timelines. He has a knack of handling critical escalations and possesses excellent interpersonal skills with demonstrated ability to work in a multicultural, multi-ethnic environment and to maintain effective working relations. Sachin's expertise lies in varied hardware and software environments including Cloud technologies such as Salesforce, AWS, Cloud Foundry & Google App Engine and Mobile. Sachin is always proactively dedicated to his craft and very hard working for his clients. A true professional in every sense of the word! A very grounded personality enables him to lead teams effectively and be of value to all in his network. Sachin has an eye for detail and know how to get things done with the big picture always in his mind."
Facebook Twitter Linkedin
Tags: Einstein Voice Skills, Salesforce Customer 360, Salesforce Einstein artificial intelligence platform, Salesforce World Tour