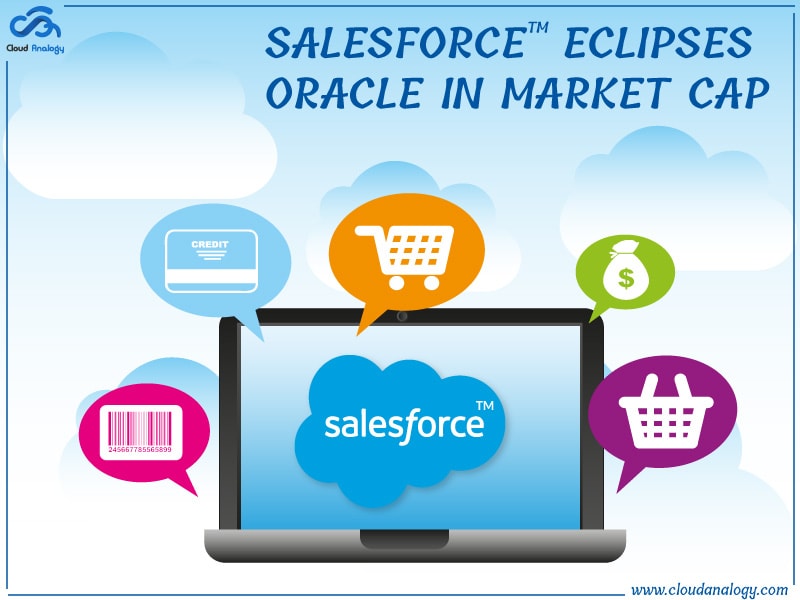 Salesforce, whose cloud software helps corporate sales people stay on top of their leads, has managed to stay more valuable than its longstanding competitor Oracle.

The market capitalization of Salesforce now stands at $180 billion, compared with $174 billion for Oracle. So far this year, the shares of Salesforce have increased 23 percent as compared to 9 percent of Oracle.

The development comes after Salesforce, the San Francisco-based cloud-based software company, built greater and greater control of its original market. It also managed to diversify and saw its internet-delivered software model validated by a dozen of other companies.

There is a lot of history and bad blood between Salesforce and Oracle. Marc Benioff, the co-founder and CEO of Salesforce, used to once work for Larry Ellison, Oracle’s co-founder, chairman and chief technology officer. In the past, Ellison has been termed by Benioff as his mentor.

It was Ellison who invested $2 million in Salesforce and became its inaugural board member. However, the two men had a fallout after Oracle started to challenge Salesforce, and for years they have belittled each other’s companies. In 2010, Benioff said he honestly didn’t see Oracle as a competitor.

Salesforce has stayed profitable for 10 of the 12 most recent quarters. Its acquisitions have helped it become less reliant on its premier Sales Cloud product. In fact, all of the revenue of Salesforce comes from subscriptions and support.