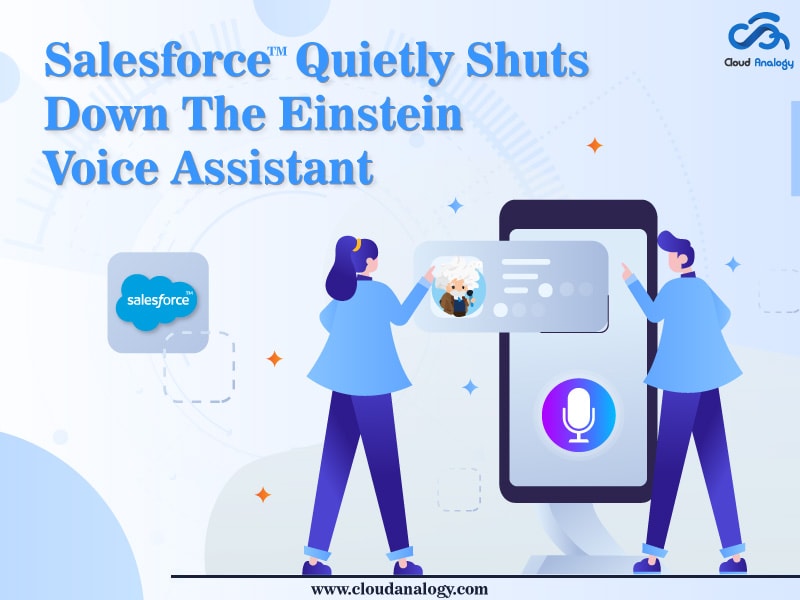 Salesforce, the enterprise software giant, has decided to shut down the Einstein Voice Assistant in July 2020, according to the company’s newest release notes. The end of the Voice Assistant comes slightly under two years after it was launched and less than a year after the CRM giant started opening up the platform for clients to build their own custom voice assistants.

The official release note marked in beta stated that “Einstein Voice Assistant is scheduled to be retired on July 10, 2020,” and it applies to the online Salesforce system and for the Android and iOS Salesforce mobile apps. However, the greater Einstein AI platform is not going away and the customer relationship management company is likely to update and add new features.

“Einstein Voice will usher in a new era of conversational CRM, delivering new levels of productivity and redefining customer experiences with voice technology,” Salesforce CTO Parker Harris remarked when the voice assistant debuted at the Dreamforce conference in 2018.

In fact, much was said when Salesforce spent $45 million to acquire Israeli conversational AI startup Bonobo last May. A majority of CRM experts then believed the technology would in part be used to improve Einstein’s voice AI capabilities.

Last November, Salesfirce started rolling out the ability for clients to build custom voice apps for Einstein. The idea behind this was to enable organizations to adjust the interface of the voice assistant while keeping the functions mostly the same.